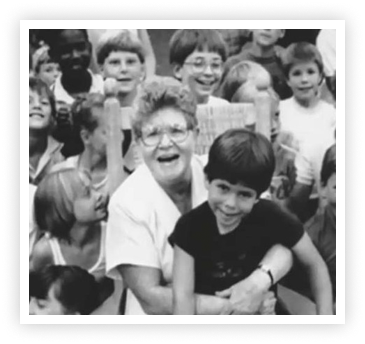 Peggy Parish knew what children like to read. After graduating from the University of South Carolina with a degree in English, she taught school in Oklahoma, Kentucky, and for more than fifteen years at the well-known, progressive Dalton School in New York City. It was at Dalton that she began to find ways to release her creative ideas and energy. Though she never took a writing course, “writing stories for children came naturally.” She taught at the Dalton School in Manhattan for 15 years and published her first children's book while teaching third grade there. She authored over 30 books at the time of her death.

Always involved with education in some way, Peggy Parish did television pieces on preschool education and children’s books, wrote children’s book review columns, and led numerous in-service training workshops for teachers. In discussing her ideas about education she said, “Children’s rights are taken away from them when they enter school. What I try to show teachers is that all the skills needed to read can be taught outside of textbooks. Today’s children are not going to read what they are not interested in. And if a positive attitude toward reading is not developed during the first three years of school, it is virtually impossible to develop it later.”

After living in New York for many years, Peggy Parish returned to her native South Carolina. She died in November 1988. In 1995, Peggy Parish’s nephew Herman Parish brought Amelia Bedelia back into the world with a new adventure, Good Driving, Amelia Bedelia, and he has continued to charm readers with her mishaps ever since. 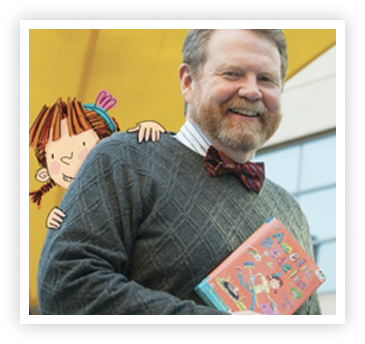 Herman Parish was in the fourth grade when his aunt, Peggy Parish, wrote the first book about Amelia Bedelia. The lovable, literal-minded housekeeper has been a member of his family ever since. Peggy Parish died in 1988. She would be proud and delighted to know that her nephew is carrying on—for a new generation of readers—the tradition she began years ago. Herman has added numerous books about the grown-up Amelia Bedelia in addition to picture books, Level-1 I Can Read books, and chapter books about Amelia Bedelia as a young girl.

In His Own Words

In true Amelia Bedelia fashion, I backed into writing about the literal-minded housekeeper.

Amelia Bedelia was created by my aunt, Peggy Parish. In 1988, as Amelia Bedelia celebrated her 25th anniversary, Peggy passed away. Years later, Peggy was still receiving fan mail from children who wondered when the next Amelia Bedelia book would be out. Other children’s book authors volunteered to continue the series, but I felt uneasy about Amelia Bedelia leaving our family. Since I had been in the fourth grade when she first appeared, I had literally grown up with her. So in 1993, I decided to try to write a new Amelia Bedelia adventure. My four sisters and my family were very supportive and encouraged me.

I reread the Amelia Bedelia stories to figure out what made them funny. It made me realize that daily life is full of idiomatic expressions, literalisms, and homophones. It’s amazing that more people don’t get confused—amazing that Amelia Bedelia seems to be the only one!

My first book, Good Driving, Amelia Bedelia, took me a year and a night—a year of thinking and one night of writing. I had been collecting ideas, homonyms, and expressions. Whenever I heard them, I jotted them down: on napkins in restaurants, on my newspaper, and in business meetings. I stockpiled these fragments in a folder until one Sunday night, with my family asleep, I decided that it was now or never. I sat down around ten o’clock and began to write. I was so focused on the story that I finished as the sun came up on Monday morning. Naturally, the story needed revision, but the essence was captured in that all-night writing spree.

I was fortunate that my editor, Susan Hirschman, and the illustrator, Lynn Sweat, had worked with Peggy on many Amelia Bedelia books. That helped make the transition from Peggy’s books to mine as seamless as possible.

I have since added many more books to the series. Amelia Bedelia has celebrated her 50th birthday and is still going strong. In fact, as I have grown older, Amelia Bedelia has gotten younger. Fans can now follow her misadventures as a young girl in picture books, beginning readers, and chapter books. She is little, but she is as literal as ever.

I feel very lucky to be writing Amelia Bedelia books and continuing a family tradition. But for me, the best reward was when a child wrote Peggy Parish a fan letter. It said that Good Driving, Amelia Bedelia was the best book she had written. For a reader to say that about my first book was the highest compliment I could hope for.

Herman Parish lives with his family in Princeton, New Jersey.

The Story Behind Amelia Bedelia

Peggy Parish didn’t want to be an author. In fact, writing was the last thing on her mind. But as a teacher in New York City she found herself creating stories for her students. Eventually, she even got a few published. But it wasn’t until 1963 that Amelia Bedelia was born, and for Ms. Parish the rest is history. During her lifetime she wrote nearly a dozen Amelia Bedelia books.